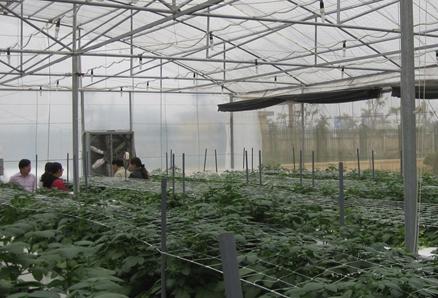 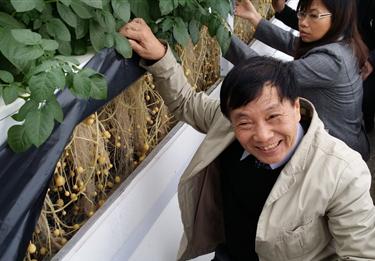 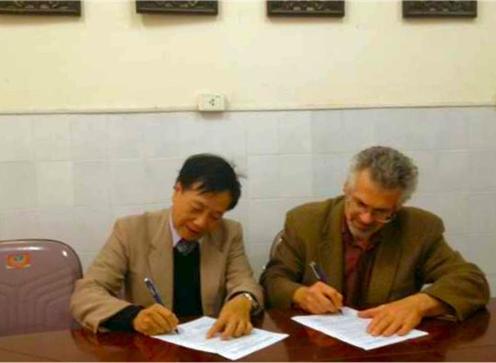 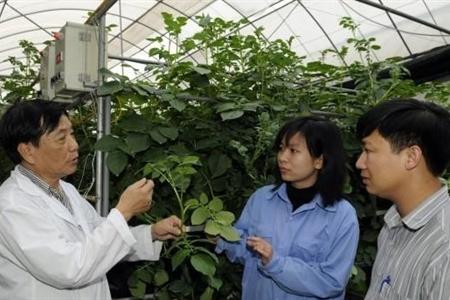 When it comes to potatoes no one thinks they can be made golden. Professor Nguyen Quang Thach and Richard Stoner, aeroponic guru, inventor and Vertical Farming industry mentor signed a mutual agreement to establish the International Center for Applied Aeroponics (ICAA) located on the campus of the Hanoi University of Agriculture.

Stoner told Vietnamese newpaper reporters and TV journalists during an honorary visit, that efforts by Professor's Thach and Thao have advanced minituber production capability in Vietnam by over 1,000%. He went on to say "potatoes are one of the top four most important protein foods sources in the world."

The International Center of Applied Aeroponics will be the training center for young people to quickly learn the skills to become aeroponic skilled technicians for the 21st century. Professor Thao says "the center will train in English and welcomes students and interested parties to come to the center to gain the skill set needed in the emerging aeroponic food production field in Asia." Regarding the agreement signed establishing the center, Thao says, "the ICAA will offer environment training, know-how". She added "technology transfer will be another function of the International Center of Applied Aeroponics", It is the first of its kind.

Stoner's and Knutson's pioneering NASA agri-biotechnology work has been the subject of the Discovery and History Channels and TV revealing the benefits of aeroponics to address world food supply needs. "World food supplies need to increase by more than 20% in next decades." says Professor Thach.

First of Its Kind

The ICAA establishes a training center for young people to learn the skills to become aeroponic technicians for the 21st century. It is the first of its kind. Professor Thao says "the center will train in English in the areas of environmental aeroponics, tissue culture and crop production."